The company was founded early in 2006 by Armen Badalyan, CEO and the founder of “A.A.B Project” LLC. The start-up was done by the implementation of small-scaled pavement rehabilitation of trenches with only two pieces of equipment – a truck and a roller, rented for the project.

In 2007 the first governmental project was implemented on local roads in frames of asphalt patching. Despite the small volume of the work the success for the young team was inspiring to proceed with larger steps in road construction targeting the local market first.
In 2008 for the first time, the construction of 12 km of rural road was undertaken by the company. New equipment was imported for the project. This pilot project became the base for enlarging the volumes geographically and expanding the variety of activities from only road construction to the full range of infrastructure construction including earthworks,  crushing and screening, asphalt pavement construction, concrete works, building construction, drainage works,  bridges, etc.

In 2009 four contracts for the construction of 33 km road in 4 locations were signed- two out of them financed by ADB. Having the reference of the full implementation of the project later in 2010 the company expanded to Georgia by launching a branch in Tbilisi. Simultaneously the construction of the first 7 storey residential building was started in 2010.

In 2013 we joined one of the largest and important road construction projects of Armenia, the Meghri-Yerevan-Bavra highway construction, which should connect the country’s north to the south. Our scope of work includes earthmoving on a 15 km section and partial asphalt pavement construction. Works are still in process, but we have already completed 5 km out of 15 km provided by the contract.

In 2017 we signed a contract with Lydian Armenia for conveyor road construction, again one of the biggest gold mining projects with multi-million dollar investment. In spring 2018 we have completed the earthworks provided by the contract – 800.000 m3 earthmoving in total in less than a year.

Through all 15 years of our history, we have become the most advanced, powerful, and developed construction company in Armenia.

According to Armenia’s 1000 largest taxpayers’ list of the first semester of 2018, AAB is in 1st place among the construction companies of Armenia with one billion AMD tax paid to the state budget.

We have already implemented more than 50 large construction projects in all the spheres of our activities both with local and international employers, which makes us state proudly, that AAB Construction has its fundamental input in the development and innovations of the construction industry in Armenia. 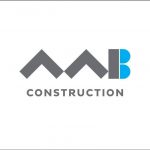 Jobs.am is one of the most recognized career platforms in Armenia, which went online in 2016.

Download on the
Apple Store
Get in on
Google Play